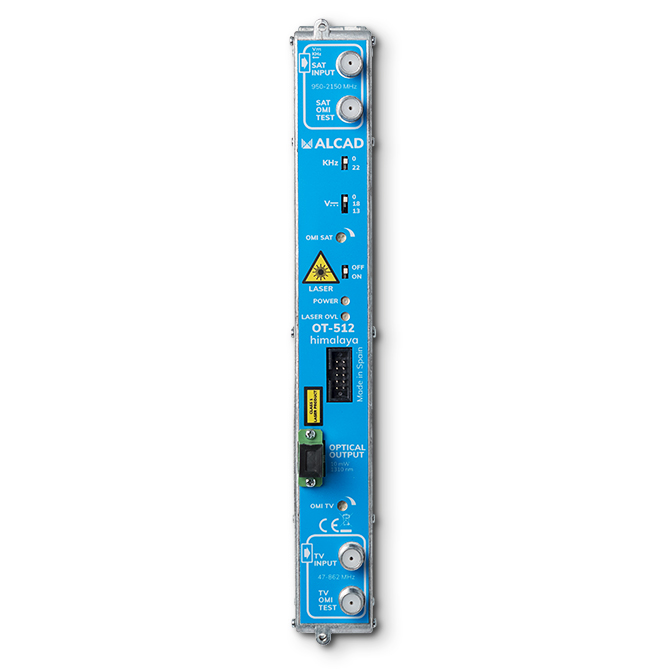 Applications
Large-scale collective terrestrial and satellite TV installations in which, due to the topology of the installation, the distribution is not possible using coaxial cable. The optical modulation is easily adjustable with two independent controls of the OMI for terrestrial and satellite TV. Satellite polarity can be chosen using switches that control the voltage (13/18V) and tone (0/22KHz) that power the LNB.

Characteristics
Modular equipment. Zamak chassis with steel side panels. F-type connectors for the input of the TV signals in the terrestrial band and the satellite IF band. Female SC/APC single-mode connector for optical fibre. 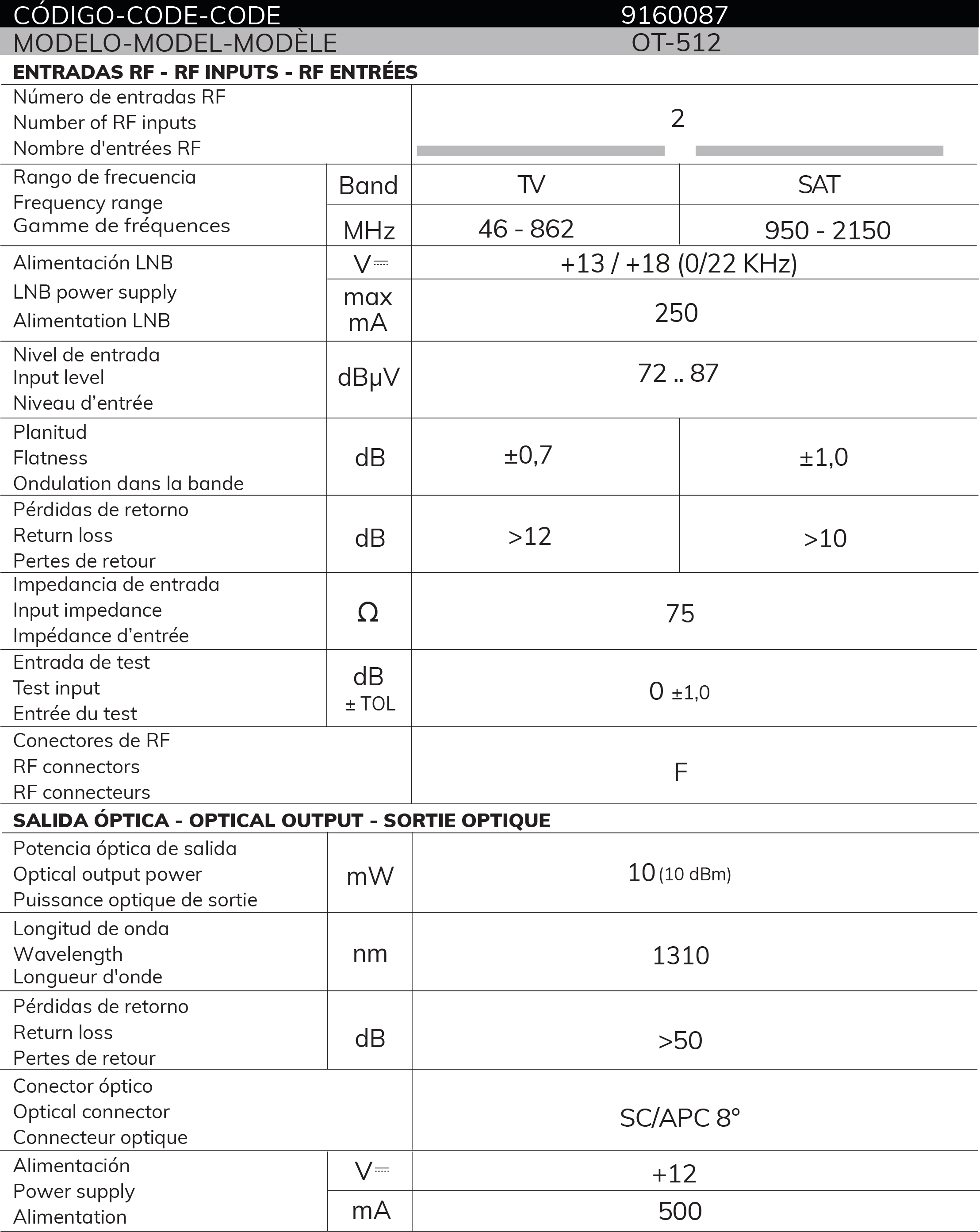 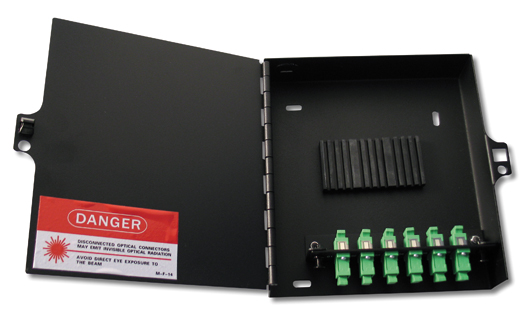 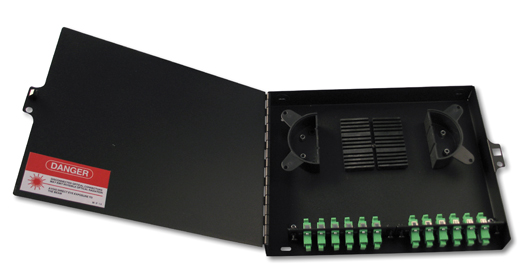 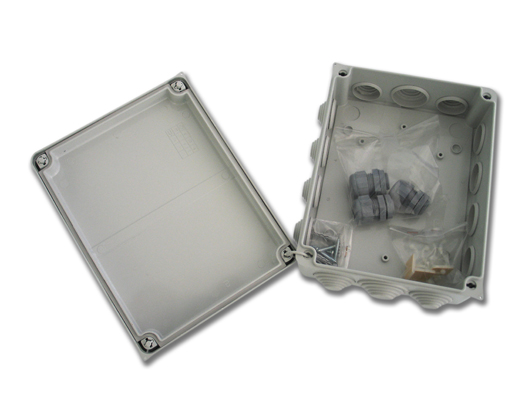