Description
Broadband apartment amplifier for terrestrial TV, with built-in power supply unit. It amplifies the VHF and UHF bands separately and has an independent gain control for each band. It incorporates a filter to reject the LTE700 band. It includes two symmetrical outputs to make the distribution to two or more televisions.

Applications
Designed to enlarge analogue and digital terrestrial TV installations within an apartment or house. It amplifies the TV signal so a distribution with several new outlets can be made from the signal of one TV outlet or from the coaxial cable entering the house. The levels are easily adjusted by means of the two gain controls. The amplifier prevents possible interferences generated by devices operating in the LTE700 and LTE800 band.

Characteristics
Made from ABS plastic, with an internal zamak chassis which gives maximum shielding. The power supply unit is insulated from the rest of the high frequency circuit, complying with the safety regulations for the installer and the user. Fixed to the wall by means of the supplied screws and wall-plugs. F type connectors. 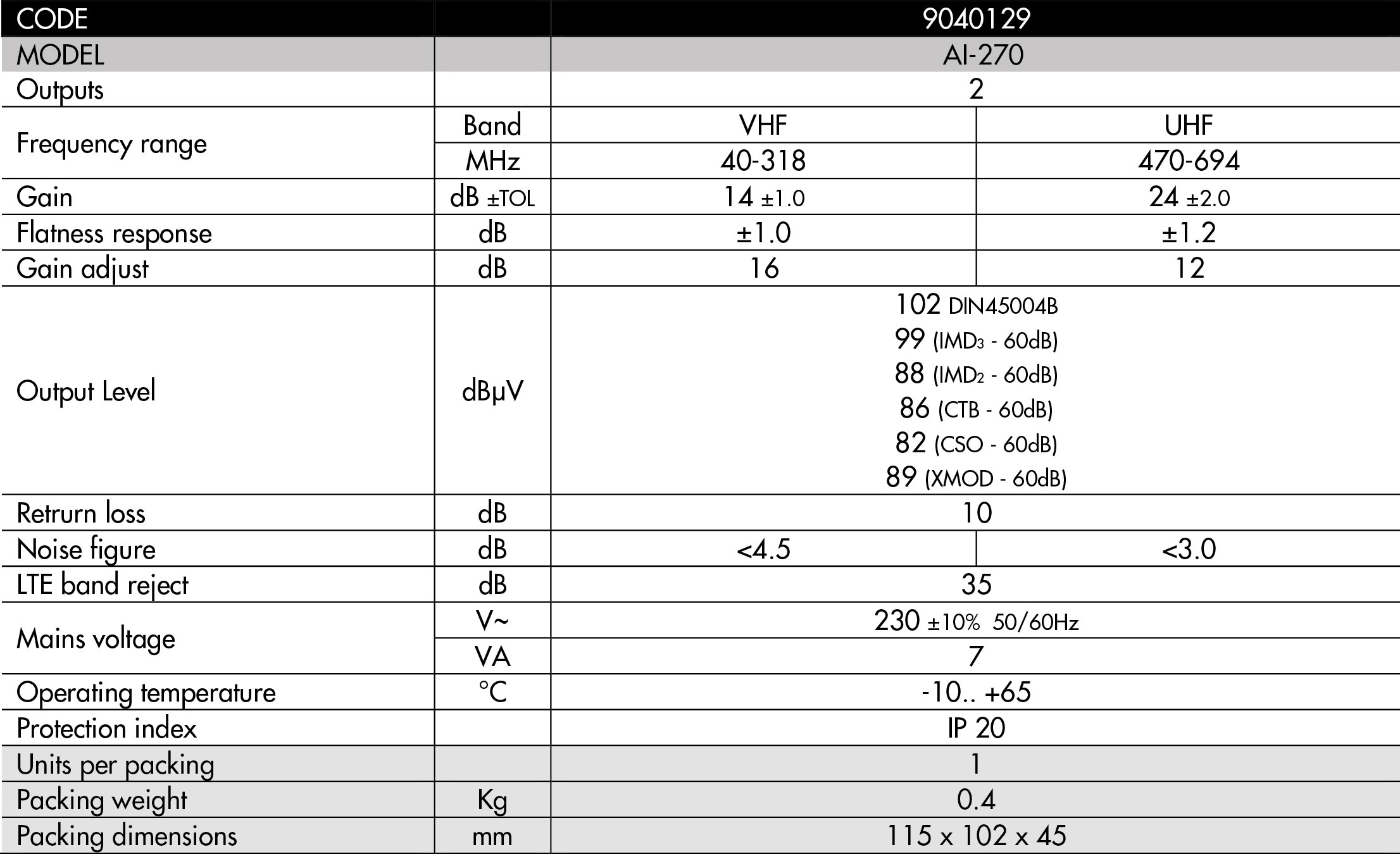 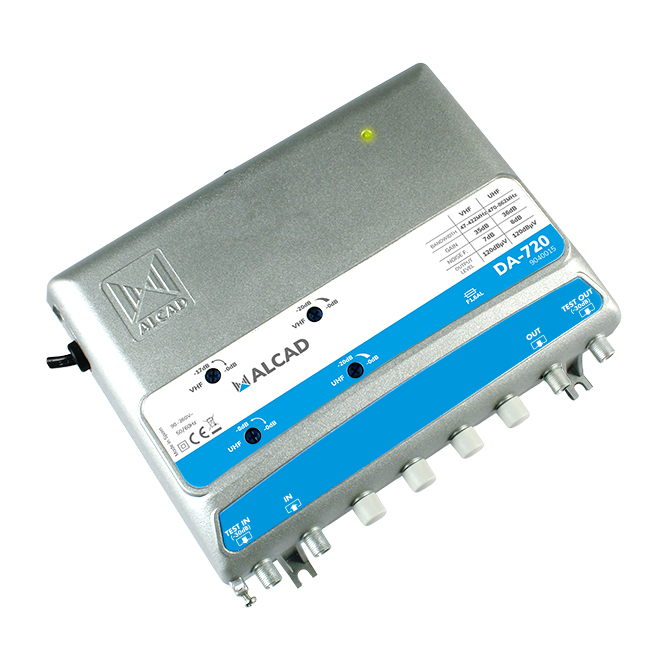 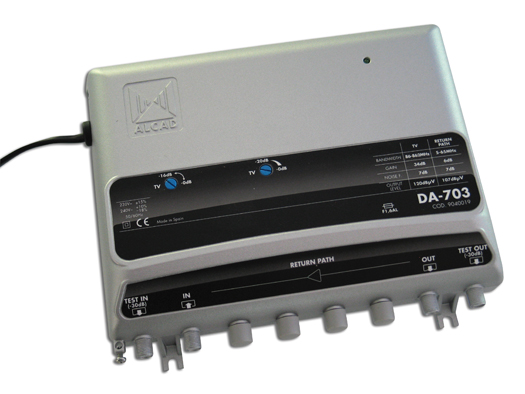