Description
Transmodulator of encrypted satellite digital television services to terrestrial digital television. Each module selects the services of a DVB-S/S2 satellite transponder and includes them in a DVB-T channel. Equipped with a Common Interface slot for insertion of the CAM and the subscribers card. Programmable using PC software and a wireless programmer.

Characteristics
Automatic error-detection system which greatly reduces maintenance work on the installation. Generated output channel of outstanding quality. Does not include the CAM or the decoder card. Zamak chassis with metal side panels. F-type connectors. The equipment can be assembled quickly and easily. 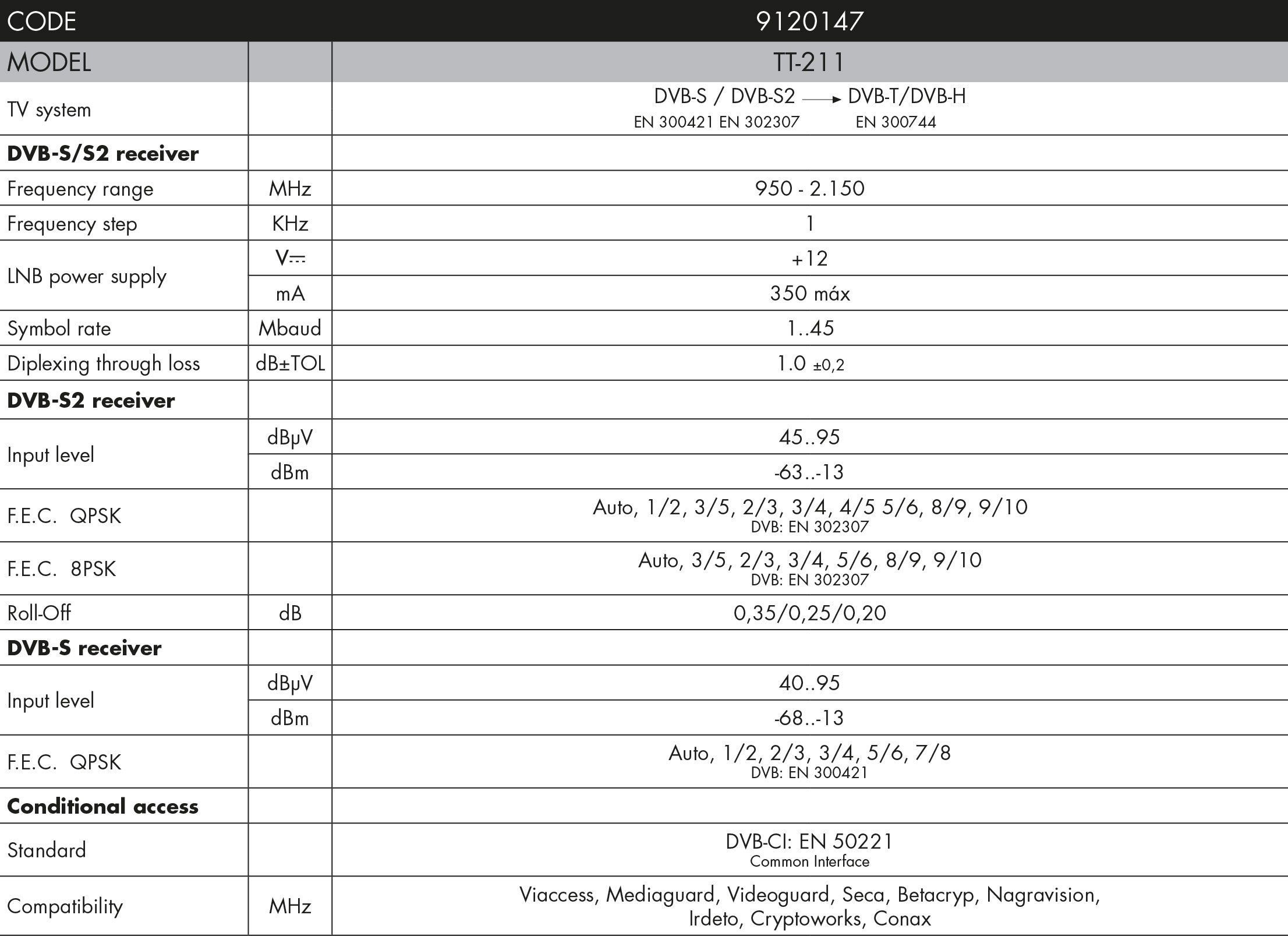 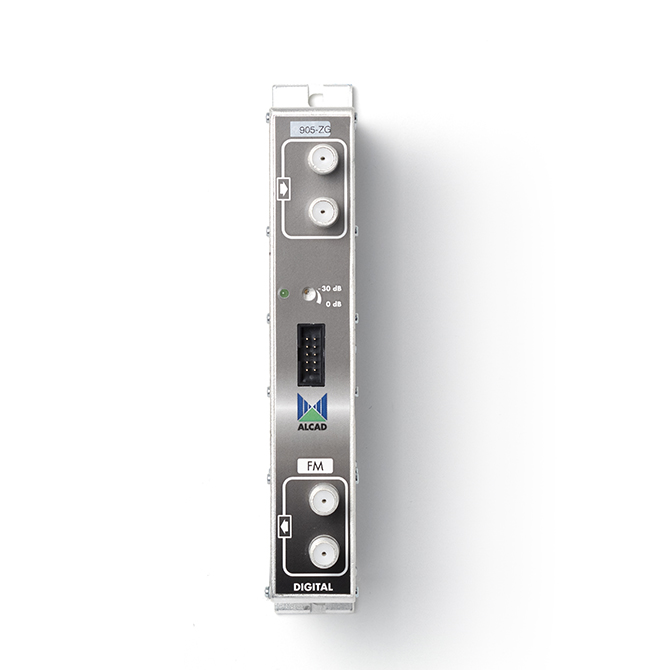